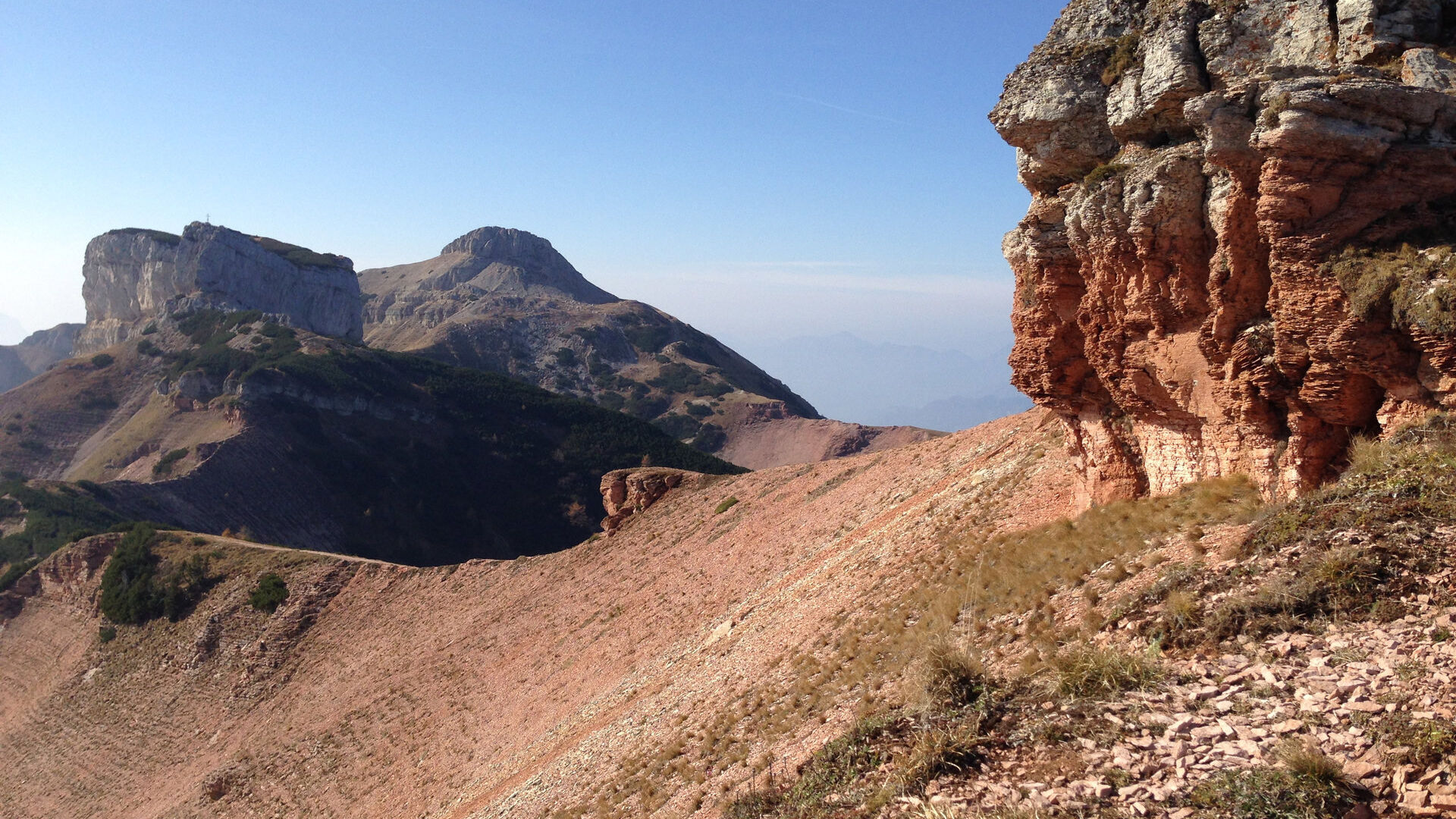 On the mountain of Trento, trekking itineraries of natural, historical or cultural interest, suitable for all.

Monte Bondone boasts an extensive network of paths and roads, complete signs and informative tables on aspects of interest in terms of fauna and landscapes, which are abundant on Trento's mountain. The route suggestions described in this guide often overlap one or another of these trails, but they do so only as far as strictly necessary, in the attempt of guiding the hiker far from the most popular routes, or from those already amply described in other guides.

In the phase of accurate scouting and consideration of what the territory has to offer, we therefore avoided both trails duly curated by the Società degli Alpinisti Tridentini (SAT) of the CAI [Italian Mountaineering Association], and the sections most used by bike lovers. It is thus intended more for a public that appreciates the curiosity of discovery rather than reaching the highest destination or particular levels of sporting performance.

The map shows ring trails in blue, while the pink ones connect different locations, or form branches of definite interest compared to the circular track. The blue icon in the top right hand corner above the itineraries identifies trails suitable for the whole family. The routes were chosen for their natural, historical or cultural value, and we hope that they will evoke the curiosity and excitement even of those who, living in Trento, have already been visiting and walking this mountain for some time. For a "greener" outing, we have included instructions on public transport, which can be used to reach the starting point, as well as for the return trip.

Happy trails to all!

OR YOU CAN BUY IT IN OUR TOURIST INFORMATION OFFICE AT 3 €!

Explore all the trekking routes on Monte Bondone!